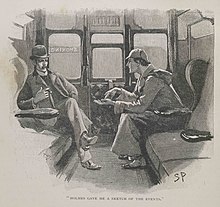 Doctor John Hamish Watson, best known as the partner/biographer of famous detective Sherlock Holmes, was born on this day in 1852. Sometimes he comes off as a lovable doofus, sometimes as a badass in his own right, but however he is portrayed we can all agree that Sherlock would not have been Sherlock without him.

(There are really too many adaptations to list, so these are just some quick links to standard copies of the originals. As a sidenote, Sherlock Holmes was recently declared to be in the public domain, which means it’s easier than ever to get free digital copies.)